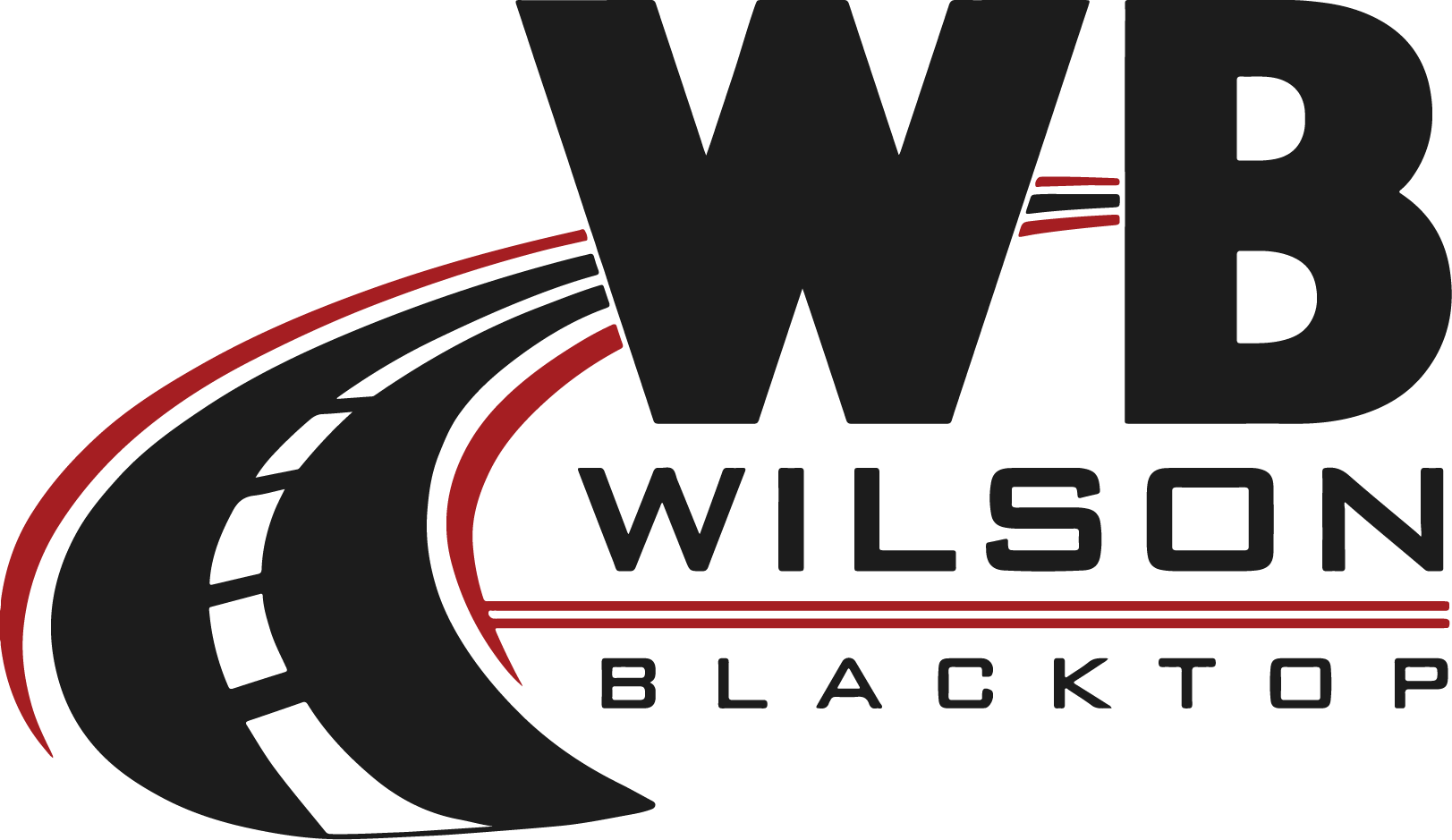 NO PURCHASE NECESSARY. A PURCHASE OR PAYMENT OF ANY KIND WILL NOT INCREASE YOUR CHANCES OF WINNING.

This promotion is in no way sponsored, endorsed, administered by, or associated with Facebook.

Summary: One randomly drawn person that has COMMENTED on our weekly contest post will receive one ton of landscaping material of their choice. (Limited to in-stock supplies.) Contestants must enter each week to be entered into the contest. The winner is responsible for picking up the prize or eligible for a discounted rate for delivery. Contest drawing will be held on Fridays, every other week for thirteen (13) weeks beginning April 15, 2022, and the winner will be announced on the contest post.

1. Eligibility: Wilson Blacktop’s Contest (the “Contest”) is open only to legal residents of the fifty (50) United States and the District of Columbia who are at least eighteen (18) years old at the time of entry. Employees of Omni Strategic Technologies (“Administrator”), Wilson Blacktop, and their parent and affiliate companies, as well as the immediate family (spouse, parents, siblings, and children) and household members of each such employee, are not eligible. The Contest is subject to all applicable federal, state, and local laws and regulations and is void where prohibited. Participation constitutes entrant’s full and unconditional agreement to these Official Rules and Administrator’s decisions, which are final and binding in all matters related to the Contest. Winning a prize is contingent upon fulfilling all requirements set forth herein.

Administrator’s computer is the official time-keeping device for the Contest.

4. How to Enter: During the Promotion Period, visit the Wilson Blacktop Facebook page, Comment on the Contest Post for entry into the current one of seven drawings. You will automatically receive one (1) entry into the Contest. All submitted entries must be received during the promotion period.

Any attempt by any entrant to obtain more than the stated number of entries by using multiple/different email addresses, identities, registrations, and logins, or any other methods will void that entrant’s entries and that entrant may be disqualified. Use of any automated system to participate is prohibited and will result in disqualification. In the event of a dispute as to any registration, the authorized account holder of the Facebook account used to register will be deemed to be the entrant. The “authorized account holder” is the natural person assigned a Facebook account. Each potential winner may be required to show proof of being the authorized account holder and asked to give a code word that is assigned at the time of winning.

5. Prize Drawings: Administrator is an independent judging organization whose decisions as to the administration and operation of the Contest and the selection of the potential winners are final and binding in all matters related to the Contest. Administrator will randomly select the potential prize winner from all eligible entries received during the Promotion Period, on or around April 15, 2022, April 29, 2022, May 13, 2022, May 27, 2022, June 10, 2022, June 24, 2022, and July 8, 2022. The winner will be announced on the Wilson Blacktop Facebook page and must send Wilson Blacktop a direct message on Facebook to get the details of claiming the prize and the assigned code word. Receiving a prize is contingent upon compliance with these Official Rules. In the event that a potential winner is disqualified for any reason, Administrator will award the applicable prize to an alternate winner by random drawing from among all remaining eligible entries. Only one (1) alternate drawing will be held, after which the prize will remain un-awarded. Prizes must be claimed within 30 days of the winner being announced on Facebook.

6. Prize: ONE (1) GRAND PRIZE: One ton, by weight of a Wilson Blacktop landscaping material of the winner’s choosing. Approximate Retail Value (“ARV”): varies according to the material chosen. The winner is responsible for either picking up the winnings or eligible for a discount on Wilson Blacktop delivery of the prize, within a 50-mile radius. Prizes are non-transferable and no substitution will be made except as provided herein at the Administrator’s sole discretion. Administrator reserves the right to substitute a prize for one of equal or greater value if the designated prize should become unavailable for any reason. Winners are responsible for all taxes and fees associated with prize receipt and/or use. Odds of winning a prize depend on the number of eligible entries received during the Promotion Period. Limit: One (1) Grand Prize per person.

7. Release: By receipt of any prize, winners agree to release and hold harmless Facebook, Wilson Blacktop, Administrator, and their respective subsidiaries, affiliates, suppliers, distributors, advertising/promotion agencies, and prize suppliers, and each of their respective parent companies and each such company’s officers, directors, employees and agents (collectively, the “Released Parties”) from and against any claim or cause of action, including, but not limited to, personal injury, death, or damage to or loss of property, arising out of participation in the Contest or receipt or use or misuse of any prize.

8. Publicity: Except where prohibited, participation in the Contest constitutes each winner’s consent to Administrators, Wilson Blacktop, and their respective agents to use all entries and any copyright subsisting in the entries become and remain the property of Wilson Blacktop and/or Administrator who may publish or cause to be published any of the entries received without payment or consideration.

9. General Conditions: Administrator reserves the right to cancel, suspend and/or modify the Contest, or any part of it, if any fraud, technical failures, human error, or any other factor impairs the integrity or proper functioning of the Contest, as determined by Administrator in its sole discretion. In such an event, the Administrator, in its sole discretion, may elect to hold a random drawing from among all eligible entries received up to the date of discontinuance for any or all of the prizes offered herein. Administrator reserves the right, in its sole discretion, to disqualify any individual it finds to be tampering with the entry process or the operation of the Contest or to be acting in violation of the Official Rules of this or any other promotion or in an unsportsmanlike or disruptive manner. Any attempt by any person to deliberately undermine the legitimate operation of the Contest may be a violation of criminal and civil law, and should such an attempt be made, Administrator reserves the right to seek damages from any such person to the fullest extent permitted by law. Administrator’s failure to enforce any term of these Official Rules shall not constitute a waiver of that provision.

10. Limitations of Liability: The Released Parties are not responsible for: (1) any incorrect or inaccurate information, whether caused by entrants, printing errors or by any of the equipment or programming associated with or utilized in the Contest; (2) technical failures of any kind, including, but not limited to malfunctions, interruptions, or disconnections in phone lines or network hardware or software; (3) unauthorized human intervention in any part of the entry process or the Contest; (4) technical or human error which may occur in the administration of the Contest or the processing of entries; (5) late, lost, undeliverable, damaged or stolen mail; or (6) any injury or damage to persons or property which may be caused, directly or indirectly, in whole or in part, from entrant’s participation in the Contest or receipt or use or misuse of any prize. If for any reason an entrant’s entry is confirmed to have been erroneously deleted, lost, or otherwise destroyed or corrupted, entrant’s sole remedy is another entry in the Contest, if it is possible. No more than the stated number of prizes will be awarded. In the event that production, technical, seeding, programming or any other reasons cause more than the stated number of prizes as set forth in these Official Rules to be available and/or claimed, Administrator reserves the right to award only the stated number of prizes by a random drawing among all legitimate, un-awarded, eligible prize claims.

11. Disputes: Except where prohibited, entrant agrees that: (1) any and all disputes, claims, and causes of action arising out of or connected with this Contest or any prize awarded shall be resolved individually, without resort to any form of class action, and exclusively by the United States District Court for the state of Ohio; (2) any and all claims, judgments, and awards shall be limited to actual out-of-pocket costs incurred, including costs associated with entering this Contest, but in no event attorneys’ fees; and (3) under no circumstances will entrant be permitted to obtain awards for, and entrant hereby waives all rights to claim, indirect, punitive, incidental and consequential damages and any other damages, other than for actual out-of-pocket expenses, and any and all rights to have damages multiplied or otherwise increased. All issues and questions concerning the construction, validity, interpretation, and enforceability of these Official Rules, or the rights and obligations of the entrant and Administrator in connection with the Contest, shall be governed by and construed in accordance with, the laws of the State of Ohio without giving effect to any choice of law or conflict of law rules (whether of the State of Ohio or any other jurisdiction), which would cause the application of the laws of any jurisdiction other than the State of Ohio.

13. Winner: For contest winner, check the contest post on the Wilson Blacktop Facebook page. The winner will be posted after confirmation is complete.